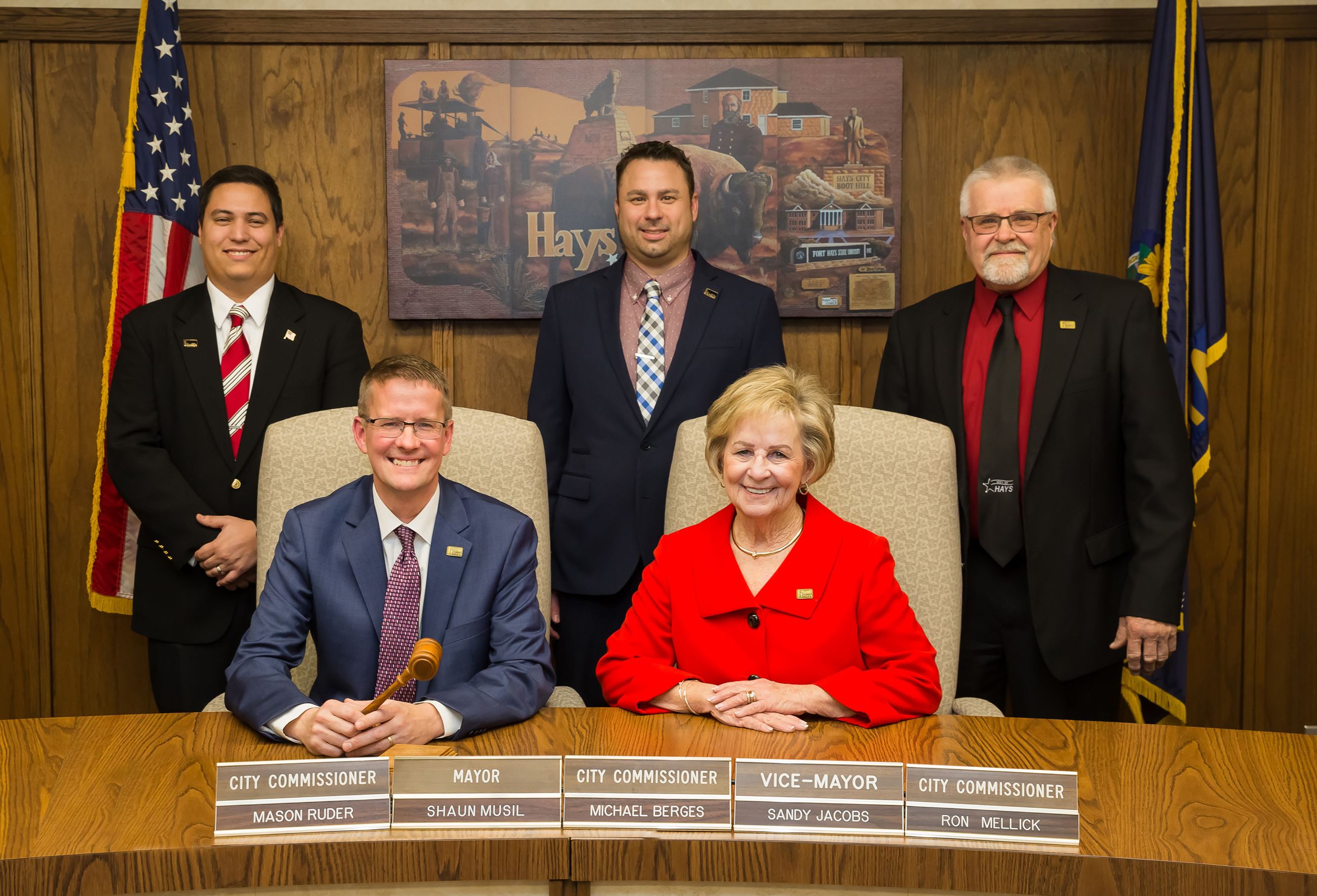 Hays has a commission-manager form of government which was adopted by the City in 1919, the third city in the state to operate under this plan. In 1966, the city switched from a three to a five-person commission. The commission hires the city manager who appoints the various department heads and other city employees. The commission is a policy-making body, which enacts city ordinances.