This unusual looking grave marker is for one of Ellis County's prominent pioneer businessmen. He was born in Norristown, Montgomery County, Pennsylvania, in 1848, and worked in the dry goods and the carpet trade in Pennsylvania. He was married in 1871 to Miss Sallie T. Johnson, Norristown, Pennsylvania.

In 1877 at the age of 29 he came to Kansas with his brother J.M. Yost. He was involved with the lumber business prior to building a flour mill in 1878. Yost Milling Company dealt in all kinds of grain, seed and the manufacture of semolino. He introduced the gradual reduction process by the roller and granulation system and manufactured one of the finest grades of flour. His mill produced 100 barrels of flour a day.

He also erected an elevator in 1878, at a cost of $1,500 and a capacity of 5,000 bushels. An article in the Hays Republican reported that in December 1902 the mill burned down but he rebuilt it with a new mill that was five stories tall. The company had grain elevators in:

Other Aspects of Life

In addition to his milling company he farmed 320 acres of land and raised three children. 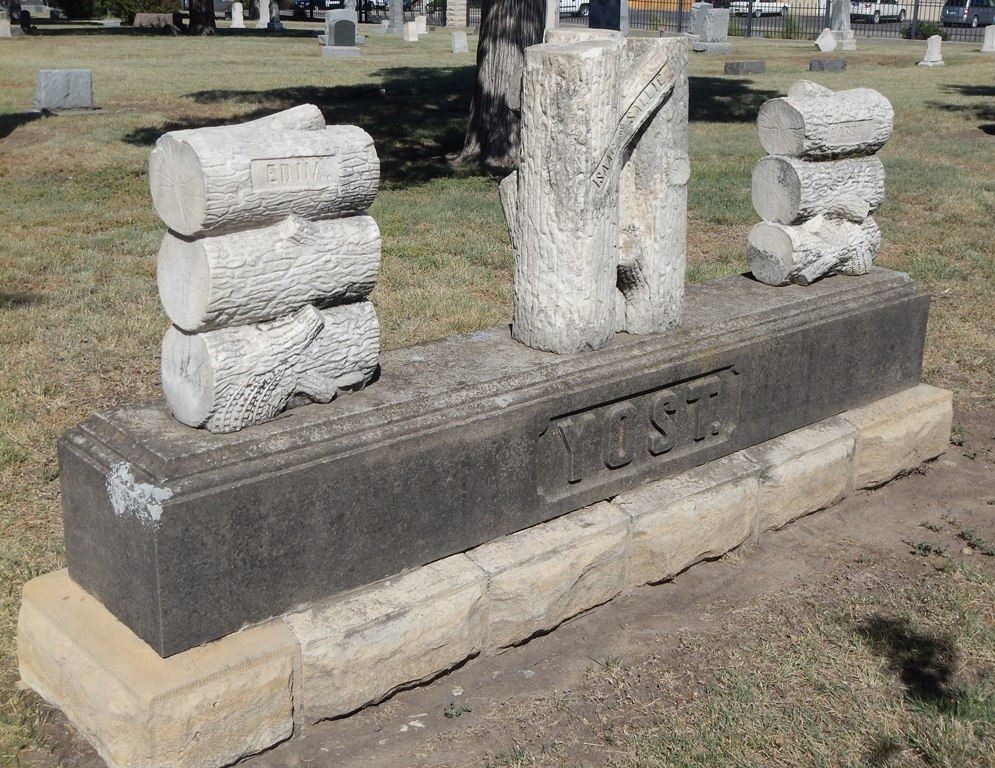 The town of Yocemento, Kansas, (5 miles west of Hays) was founded in 1906. The reason for its existence was the construction of a cement plant by a corporation formed by the U.S. Portland Cement Company, a number of Hays citizens, and I. M. Yost, as the president. The raw materials for cement were available in the area and the men employed as common laborers to produce the cement were mostly Hungarian Catholics. It was these citizens who built St. Agnes Catholic Church.

At one point there was a general store, a hotel, and a restaurant in Yocemento. Later, the church was abandoned as people moved away, and the building was moved to the Buckeye community in 1931 to be used as a community hall. By 1917, Mr. Yost and the stockholders began losing money on the cement plant, and they went into bankruptcy. Much of the mill was dismantled, but there are parts of it that are still standing and visible yet today.

The local newspaper reported that I. M. Yost died on August 24, 1944 in California at the home of his eldest daughter. Cemetery records show that I. M.'s wife, Sallie, is buried at Mount Allen Cemetery along with three children.